When I was a little girl, my dad, without even realizing it, was inspiring a dream within my heart. My dad was my hero, there was no better man on earth. He was the kindest, hardest-working,  strongest, bravest, fastest, and most adventurous father a daughter could have.

Whether we were at home or at our cabin in Wisconsin, I remember  watching him get up early to go for a run. He would come back from running excited to tell us his estimated time and distance. In those days, he didn’t have the luxury of a GPS, so later in the week when we were in the car, he would drive the route and clock his distance. He knew how many miles it was from our house to main street or from our house to the high school. He knew it was only a mile from our cabin to the dock or five miles from our cabin to the closest farmhouse. 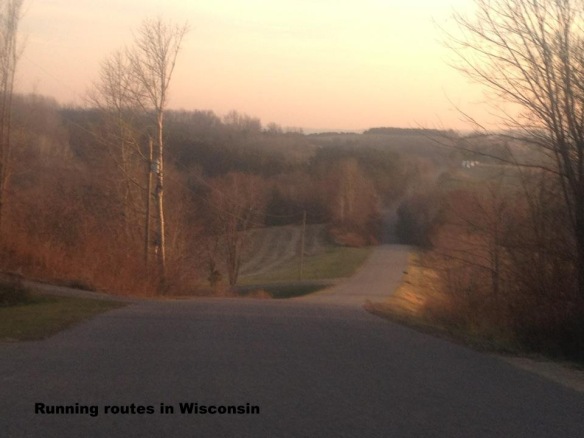 Watching him run created in me a strong passion to run. I would ask my dad to time me with his stop watch to see how fast I could run down the street in front of our house. I was so excited when I was old enough to join him on his early morning runs, and I couldn’t wait to be old enough to compete in track meets.  And my dad was there every step of the way. He was at every track meet, cheering me on, telling me to keep pushing, to keep going, to not give up, to run hard all the way through the finish.

Unfortunately, my younger running days consisted of running track only during 7th-9th grade. It was around my sophomore year that I let loose of the dream of running and breaking school records. I left the race. I wandered off the course and for a while I lost sight of the finish line.

My dad was still there, waiting for me, encouraging me, and cheering for me. And years later, I found the race again. However, this time it wasn’t around a track but on the roads. The wide-open roads that held every distance from the mile to the marathon, and I loved them all. But now the roles had switched, my dad was my biggest fan, and he was watching me run and telling me to go after my dream.

Running wasn’t just running to me, it was a gift that God had given to me and an ability that I could use for His glory. I felt that God’s platform for me was being a Christian athlete. I never wanted to use my running to focus on me, but I wanted it to point to God. I wanted Him to use my talent and abilities to make His name known.

Once again, God reminded me to stop and open my eyes and see that He has let me run the race. Time and time again, along the course, He has blessed me with friends, faith, and lessons-learned through wins and losses. But now He is asking me to step off this course. I don’t have to understand His ways, but I need to stop questioning, and I need to surrender and trust that He has a different road for me to follow now. For the time being, I have crossed the finish line and there is a new race ahead. But, I won’t find it if I keep holding onto a dying dream.

This type of surrender is a struggle and if I had my choice I wouldn’t let go of the unfinished business I have on the roads. My dream was to make it to the Olympic Trials. I don’t want to give that up. But, God is asking me to do exactly that, so I must.

In the book “Whatever the Cost,” David Benham says, “stop worrying about where you thought I was going to get you. You’ve made that an idol in your life. Just be faithful to Me. I had made an idol out of the promise, purpose, plan, and platform God had given me for my life. So when things worked out differently than I had envisioned, I found myself reeling, trying to find my identity. All along my identity should’ve rested solely in the Person of God – not in His plan for my life.” 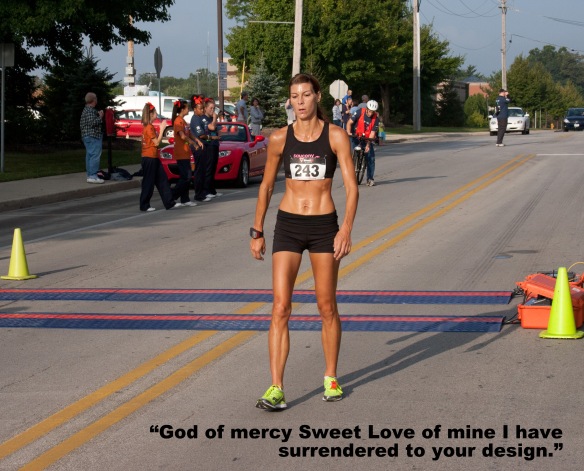 Although it’s a struggle, I’m walking off the course and waiting to see how God will lead me to the next road.

Happy 15th Birthday to my blonde hair, green eyed child - who looks nothing like me!? 😂😉
SVT Tachycardia Ablation...round 2 for me. The 1st time was @ CDH in July, but the Dr thought the procedure was too risky to complete, so he sent me to NorthWestern. 4 hour ablation, followed by laying flat for 4 hours. I can hardly sit still for 1 hour! Trying not to count the minutes and instead enjoy the beautiful view 😉
When Leah went to West Chicago’s HS dance a couple months ago - I never thought she’d transfer there - but she did! Here’s to her first day at WC, home of the boy’s state soccer team 2019! #stillhave2kidsatwheatonacademy #theythinkleahsatraitor #fivekidsthreeschools
3 years ago!? I love the memories...not so much the 2 ACL tears and 2 surgeries #not1complaintfromthiskid #1stmajorinjuryonWAsnewFBfield #imwearingabasketballsweatshirttoseniorfootballnight #thatskindofstrange
West Chicago’s Homecoming. Leah doesn’t even go there but keeps attending the dance every year!
Steven and John Paul on Wheaton Academy’s field cheering on Micah! #lovetheseboys #JPmightbemyfavorite #JKidonthavefavorites #senioryearfornumber14 #footballandkidsequalsmysociallife